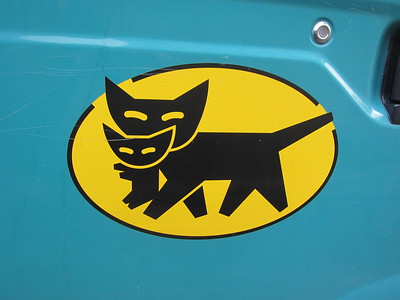 Yamato Express is a name you might have heard before, or not. When researching the Forbes Global 2000 list for this year, we came across the trucking section to find that a US company was not at the number 1 spot. In fact, the largest rucking company in the world hails from Tokyo.

One of the Oldest Trucking Companies in the Tokyo

Yamato has its roots in the early 20th century. In 1919, Yamato was founded by Koshin Kogura, who began with ¥100,000 in capital and four new trucks. The planning for the company was crucial due to the rapid expansion of Japanese trade and shipment. Within the course of a few years, Yamato had established itself as a premier parcel carrier service. At that time, it was contacted by Mitsukoshi, one of Tokyo’s premier, high-end caterer of goods. Within a few months, they had gained an even further reputation by becoming appointed by the Imperial household as their main courier provider.

By the mid 19th century, the looming threat of WW2 hung over the heads of many. With the United States firebombing of Tokyo, Yamato stepped up as the main delivery service for the city. When the war was over, Yamato became the number 1 provider for goods and services for postwar restructuring. The American efforts to restabilize Japan’s devasted establishment meant an opening for shipping products outside of the mainland. This began international shipping across the Pacific. Yamato established its first logo which is their primary logo today. The logo consists of a yellow background with a black cat. The black cat is seen carrying a smaller cat. This symbolizes that they take great care of their shipping of goods and parcels. By the 1950s, their logo was widely recognizable from Tokyo to New York City.

Since the establishment of Japan’s finest courier service, the company has made immense strides and branching out to further its international services. From the post-war on, Yamato has established a pretty consistent timeline of success.

1960:Yamato begins handling freight to New York, in conjunction with Japan Airlines and other airlines.

1969:The company computerizes all of its operations.

The early 1980s: Partnering with UPS. This establishes a worldwide delivery service.

1996:The company establishes a logistics unit to help companies with their distribution.

1999:Yamato forms an alliance with a Taiwanese company to provide courier service to Taiwanese consumers.

2000:The company spins off its logistics unit, forming a new subsidiary.

Polaris Slingshot 2021 Model Gives You The Control You So Desire