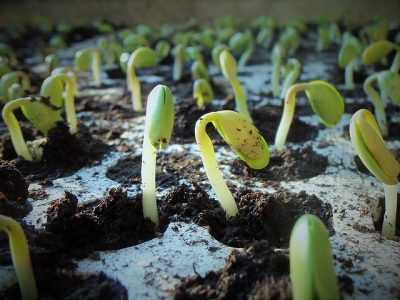 The biofuel industry has taken massive strides in the fight for alternative energy and climate change. With electric cars now spearheading the consumer industry, will we likely see a decrease in biofuels?

How Biofuel Changed The Industry

During the ’70s the oil industry made a hard left turn. Oil embargos threatened gas prices exponentially. Consumers who were interested in bigger badder V8 engines now looked at smaller gas efficient forms of transportation. With the price of gas skyrocketing, an alternative was rediscovered by the alternative culture. Hippies would convert their VW Microbus or Bug diesel engines into biofuel burners to run recycled vegetable oil. This was the start of many environmentally friendly eco-people doing the same.

Fast forward to the early 2000s. Drastically increasing oil prices forced many into rethinking how we depend on oil. All of a sudden, people were converting their old Mercedes 300 series into french fry engines. So much so that a cult following was formed where drivers were caught raiding restaurant oil traps for more fuel.

Surprisingly, it wasn’t the consumer side that made the greatest push for alternative fuels. Although it created social awareness that things can change, the Trucking industry has remained one of the most prominent users of biofuel.

With the midwest providing the United State major food production, many who frequently drive back and forth will see biodiesel pumps everywhere. For trucking, the use of diesel engines is important. They are longer-lasting, durable and provide more effective fuel consumption. The diesel engine is important due to these factors. With cast iron head gaskets, any sort of oil can run through with little to no issues.

Biofuels have been utilized and are part of the oil economy throughout the US. The addition of vegetable byproduct to diesel fuel has improved emissions performances and the impact of the environment. With trucking acting as one of the largest consumers of diesel in the US, many trucks have been able to utilize this alternative fuel source.

Biofuel Across The World

For European countries, many have been utilizing this method for much longer. Places like Norway have completely switched over to biofuels for their public transportation system. On top of that, the use of public transportation is far superior and functions much better than cities in the US. With fewer people using their vehicles to get to and from work, the carbon emissions and ecological footprint of European countries are far lower.

Electrics Rise and the Future of Biodiesel

In the public eyes, electric cars have been the focal point. Without paying outrageous gas prices in states like California, many have opted for the electric route. Modern consumers aren’t necessarily keen on purchasing older vehicles either. Maybe a hand-me-down Mercedess 300 from your uncle would be a cool project car for alternative fuels, but if you have the money to throw down on a Tesla, then that is definitely the better route. The automotive industry has definitely shifted gears away from standard ICEs. Engines are “a thing of the past” for the modern consumer and are going to see a drastic increase in electric vehicles within the next 5 years.

In response to the trucking industry, Tesla has announced that it will take orders for a limited production of a fully electric Semi Truck. Now, implementing a complete revamp of the trucking industry will take almost as much time as a complete consumer market, but the concept is now on the table. Biofuels aren’t going to be leaving anytime shortly and will continue to be utilized in almost every form of transportation, but in the far future, we will inevitably see the decline of their use. Until then, they will continue to help benefit the ecological standings of the automotive industry.

Important Documents to Know when Shipping Your Car

Parents underfed children and chained them to Beds