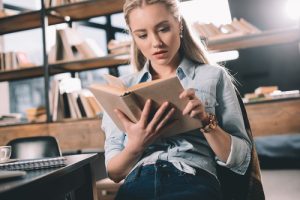 There is no way you don’t know how hot it is in Bakersfield. But do you know it’s getting even hotter? San Joaquin Valley’s southernmost big city is warming up rapidly.

In his new book called “Local Warming: An Almanac of American climate change.” the author Thomas Munro talks about higher temperatures from 2011 through 2017 .71 of 84 months averaged warmer-than-normal temperatures are spotted in Bakersfield.

If we break this down, it will mean over the past seven years it has been warmer than normal.

Here is some interesting fact about Bakersfield:

It’s interesting how the author started his book. In this book’s preface, Munro expressed his thoughts on how people think of global warming as a theoretical fancy of mysterious scientists.

‘’Global warming is, it seems to many, a hypothesis residing in rarefied halls of academia, and climate scientists seem to endorse this vision by refusing, on entirely legitimate scientific grounds, to associate any given day’s weather with the greenhouse effect’’.

The extraordinary record over the past seven years tells a story of local warming impact the way people live and plan the future in their own communities.

The data shows Bakersfield was the most abnormally hot large city in the country over the past seven years, 3 .1 degrees above normal highs.

Fresno has the same tendency to experience warming. The last 6 years are now the six warmest years on record for Fresno.

Munro is not a climate scientist. He doesn’t identify the cause of climate changes or the solutions in his book. All he does is dealing with temperature records in the nation’s 100 most populous cities.