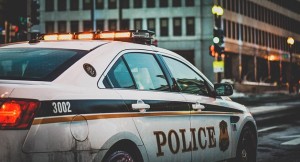 BAKERSFIELD, CA – A downtown Bakersfield business owner, Dixie Brewer, who’s been a fixture there for years, is concerned about the state of things in her location.

Just recently a man in a blue shirt came into her store consignment shop, In Your Wildest Dreams, and began laying clothes across his arm. When he was offered help by employees, the man rudely declined and continued to grab items. It was obvious to everyone in the store that this was an unusual moment. A couple of employees approach but he acts indifferent and proceeds with his shopping.

Brewer says, “He doesn’t care. He’s prepared to harm someone to get out.”

One of the employees ponders locking the doors but worries what will happen if the man feels caged. Tanner Boyd, another employee, wrote on Facebook that the man “was definitely on something.”

“I asked if he’d like a fitting room, trying to get the clothes from him, and he started for that front door where we had an employee standing right in front. This guy didn’t care, he blew right past all of us.”

Employees at the consignment shop described the man as in clean clothes and shoes who didn’t seem homeless. They, however, pointed out that he radiated a ‘you can’t touch me’ presence.

Shop owner, Dixie Brewer, is concerned with how long a business can function with this “rampant out of control behavior.”

“It’s taking the wind out of my sails,” Brewer says.

Nevertheless, she acknowledges the local police are doing all they can. “I don’t call the police anymore for this petty stuff.”

However, just three weeks past, two men and a woman showed up. The men were on bicycles and the woman on foot. The store’s security cameras captured the woman slipping into the store and then running out with merchandise. The 61-year-old Brewer raced after the woman but never caught up.

Local police are as frustrated as the shop owners as all feel the city is neglecting the problem. Though a recent development has city government getting infused with new money. Consequently, the Bakersfield Police Department plans to hire 100 new officers over the next three years. Business owners, like Dixie Brewer, hope the adding of new police will make a difference. Only time will tell.