The California Supreme Court finally came to a conclusion yesterday with Proposition 9.

They decided not go through with it and have it removed from the November ballot. 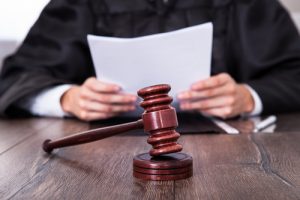 At first, it was qualified for the June ballot. However, now that members have taken a good look at actually making this happen, they noticed that it would not be such an easy task.

On the order that the court released, it states, “Significant questions have been raised regarding the proposition’s validity.”

For years now, members have been trying to push the idea of splitting the Golden State into 3 parts. But it is easier said than done, especially in such an overpopulated state.

This challenge was also originally proposed by the Planning and Conservation League. Their goal is to “protect California from the destruction caused by fast-paced and poorly planned developments.”

Though venture capitalist Tim Draper disagrees with the court’s decision. He invested over $1.7 million into this whole idea.

His view of the Proposition states that it will improve California in numerous ways. The structure and education will become much better and tax rates will decrease.

Though the Supreme Court is not completely on board with the Proposition, they set dates for discussion within the next month.