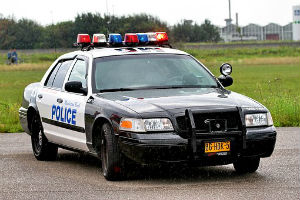 Street racing has been in the public eye ever since The Fast and The Furious hit theaters almost 20 years ago. Bakersfield has been known for its underground speed freaks and many town residents are saying “no more”.

Why Do People Love Street Racing?

Street racing dates back to the prohibition era. Many illegal alcohol makers would need to have suped-up cars in order to outrun the police. It also helps that the old cars of the time could potentially run on what those “boys in the boons” were cooking up. After prohibition ended, many moonshiners had turbo-charged cars that didn’t necessarily need to outrun the cops. What did they do now that they had nobody to outrun? Outrun each other. Where car racing had been around earlier, those races were a town-wide and sanctioned event. The post-prohibition moonshiners still weren’t necessarily looked at by townsfolk as adequate members of society. This meant no sanctioned races for them, which meant they had to do it on their own. The idea of rebelliousness with the now addicted speedfreaks became a main staple in American society.

Bakersfield Residents Are Fed up

The town itself seems to be at witts end when it comes to street racing. Every Thursday at 11 pm, the race is on! With anywhere from 20-100 cars flying down the street, engines blaring and music blasting. The main issue that residents are facing is that these underground speed demons are whipping through neighborhood streets where families live. The cause for concern is more than there, and residents have complained, but their complaints are falling on deaf ears.

As much as town residents have complained, the local police officials have their hands tied. It appears that there isn’t much that the police can do to offer assistance to residents with this problem. Pedestrians have called out for help but it appears to have fallen on deaf ears. With one family offering to have their 10-year old girl scout direct traffic. Other than that, the police haven’t necessarily gone out of their way to stop anything.

Many residents have pointed out that Bakersfield, itself, is host to the 7th most deadly city in America for pedestrians. With 21 deaths at the start of 2019 alone as opposed to the 20 deaths for the full years of 2017-18. As of December 2019, there were 4 deaths alone. The noise makes it hard to sleep for may residents.

Will BPD Do Anything?

Perhaps. Maybe if even more people complain then they will do something but in the meantime, the question remains: How many more bystanders are going to be in danger due to lack of enforcement?

Lane Lines – Who Made Them?