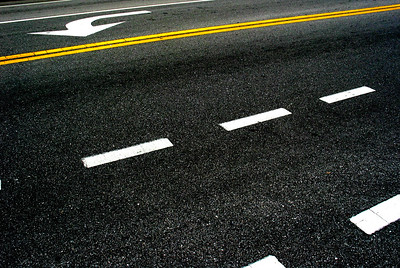 A Brief History of Lane Lines

You’re driving down the street and you’re stuck in traffic behind a massive semi truck. You see the lane next to you moving far faster and decide to switch. Congrats! Now you’re moving along and ready to get to where you need to go on time! But how did Lane Lines come to be?

These traffic patterns are due to what are known as Lane Lines. If you drive, you know what they are. Each lane is set to accommodate traffic proportionately and effectively in order to move fluidly.

Pope Boniface VIII set the precedent for these guidelines way back in 1300 AD when Rome was the host for a Catholic Jubilee. Different sets of lines were set in the center of roads in order to create traffic patterns. These patterns indicated where specific types of transportation were to drive. Horses, carts as well as foot traffic were indicated by specific colors. Pope Boniface was the vanguard for modern Lane Lines.

By 1600 AD the America’s (specifically, modern day New Mexico) had optimized this concept further by adding colored stones which would separate each lane in a “coming and going” type fashion. Then, in 1792 France as well as the US adopted the “Keep to the Right” policy which wasn’t readily accepted until the automobile was developed. Higher speed traffic required more emphasis guidelines to protect individuals.

1929 marked substantial growth for the automobile industry. Statistically, at this point, there were 86 cars per 1000 individuals in the United States. This was a time of transition from standard horse-and-buggy to self operating engines. With the drastic increase of automobiles, came auto accidents. Safety became the focal point for drivers.

By 1930, The National Conference on Street and Highway Safety promoted Lane Lines. This provided the modern groundwork for what we have today.

What to Do with a Junk Car