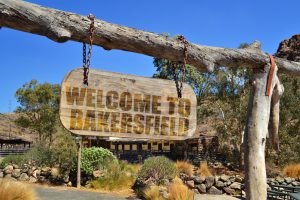 Kern County offers an appropriate value to the people living there, according to a new study by Chapman University. Locals are even getting a slight bargain, the study found.

Jim Doti, an economist and a professor, led the study with his undergraduate students at the private university in Orange.

The research was called “the Amenities Factor.” They examined median income, average home prices, proximity to the ocean and the climate index to find the best values in the Golden State.

Doti and his students ranked 39 of California’s counties using this method and found out Kern County is 0.2% undervalued.

Also, the study found Placer County is the most undervalued in California, and Santa Clara is the most overvalued.

An infographic that can be enlarged with the full rankings is below.

Bakersfield has long been known as a layover place for those traveling between from San Francisco to Los Angeles and vice versa. But those people who want to put their roots and live here will find a healthy job market and an affordable place to raise a family. In fact, it’s Bakersfield’s strong sense of community and family and its booming oil and agriculture industries that keep the region thriving.

Bakersfield is similar to Texas: Oil rigs dot the horizon, and honky-tonks are easy to come by. But the metro area’s location in the fertile San Joaquin Valley has instilled in residents the love of fresh, locally sourced foods, which is at the heart of California culture.

Bakersfield has hundreds of miles of bike paths and lanes and nearly 60 parks, offering locals plenty of opportunities to enjoy the outdoors. Plus, residents are a short drive from the Sierra Nevada Mountains and some of California’s expansive national forests.

Will Trucking See An Increase In Hiring?

Important Documents to Know when Shipping Your Car