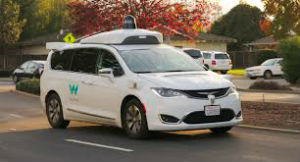 Soon California could permit the testing of light-duty autonomous trucks on public roads per a new proposed rule announced on Friday. See, the California Department of Motor Vehicles introduced the proposal which outlines the framework for a permitting process for companies that want to test or utilize driverless trucks on a trial basis.

I know what you’re thinking, more drivers on the road – ugh! And these you can’t even yell at if they cut you off. So here’s how it would work. The autonomous vehicles would need to weigh less than 10,001 pounds. Essentially, this allows for only Class 1 and 2 trucks. These are minivans, pickup trucks, utility vans, and step-up vans. Larger trucks like trucks, buses and heavy-duty construction vehicles are forbidden under this proposal.

Currently, California is a hotspot for all kinds of autonomous vehicle testing. Consequently, any changes in the state’s rules regarding these tests is monitored closely by epic corporations like General Motors, Alphabet’s Waymo, and Uber. These companies have a vested interest as they’re all developing self-driving cars.

As of right now, there are approximately 62 companies who’ve got this clearance. All told, the permitted companies have about 678 autonomous vehicles licensed with the DMV. However, Waymo is the only company, at the moment, with a permit to test completely driverless vehicles.

What About Big Rigs?

This proposal is leading us toward a day soon when Class 8, heavy-duty semi-trucks will be given clearance to be tested out on public roads. Already Waymo is testing self-driving tractors in the city of Atlanta. Moreover, Daimler and TuSimple are working on driverless trucks.

This new DMV rule would seemingly be a real boon for companies testing more compact delivery vehicles. They include companies like Nuro, Udelv, and Ford.

So what do you guys think? Looking forward to more traffic, less drivers?