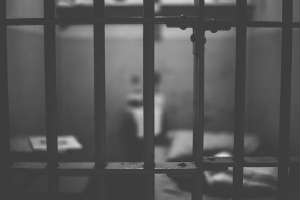 CORCORAN, CA – A life-sentenced Bakersfield murderer, Jaime Osuna, is now suspected of killing his cellmate. Osuna, a thirty-one-year-old man, received his life sentence back in 2017.

And now, he’s suspected of killing his cellmate. Osuna’s cellmate, identified as Luis Romero, was found dead by prison officials on Saturday morning. Romero was a forty-four-year-old also serving a life sentence. In fact, he was convicted and sentenced back in 1992. Now, officials are investigating the cause of Romero’s death.

However, the vicious nature of Osuna’s own crime – as well as his statements regarding the crime – indicates that he likely was capable of this other crime as well. He committed the heinous crime that led to his conviction back in November of 2011.

It was then when he tortured and murdered a woman. Her name? Yvette Pena. She was thirty-seven-years-old at the time of the murder. In fact, Osuna pleaded guilty to the five charges he faced during the trial. One of those five charges was first-degree murder.

Authorities found Pena’s body on November 13, 2011. Moreover, they found her body in El Morocco Motel and stated that she suffered horrific injuries that resulted in her death. The coroner’s official report states that she died from blunt force injuries, as well as asphyxia and sharp-force injuries.

However, Osuna did not show any remorse for what he did. In fact, he actually waved to Pena’s relatives in the courtroom. After receiving his life sentence, he even gave them a thumbs-up. He has been quoted talking about his sadistic nature and his love of killing in the past.

After the latest incident, prison officials transferred him to solitary confinement. Apparently, officials moved him out of Corcoran State Prison and into a prison mental hospital. Officials are still investigating Romero’s death.