The new statistics from the National Insurance Crime Bureau demonstrate that Bakersfield is prone to car thefts. The city is the third in the nation when it comes to the number of stolen cars per capita. 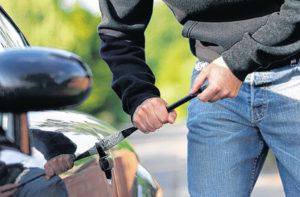 As for the most total car thefts in the nation, Los Angeles became number one with over 57,000 car thefts per 100,000 residents.

Methane Leak Detected At Nearby Oil Wells, According To Oil Regulator