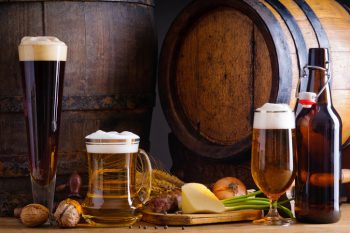 BAKERSFIELD, California — Bakersfield is having a major increase in the brewery district. What can be better than a good-quality beer in the evening? Nothing.

One of the industry leaders, the original Lengthwise Brewing has its roots in Bakersfield and, at this moment, other brewers are calling Bakersfield home, as well. The brewing industry is growing between Stine and Gosford, White and District. 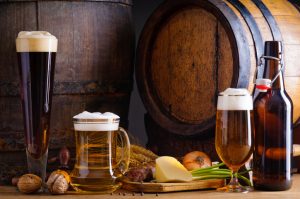 Making a huge business out of small brews? It is possible for Dionysus Brewing Company which is one of the growing companies.

According to Matt Quigley, the man tending bar at Dionysus, beer crafting and its enlargement in Bakersfield is “cool.”

At Dionysus, everyone can find a flavor of their choice, however, rumor has it that they only brew sour ones.

Other than Dionysus, Bakersfield holds different booming breweries which are worth to be noted.

Have you heard about unusual ways of beer crafting? Well, at the Bakersfield Beer Company, the world is changed. The co-owner, Tara Douhan, is not even making beer, instead, she travels around California and brings beer to be sold here in Bakersfield.

The brewing district is proud of its breweries. And one of the components to the district is a store dedicated to giving people the tools to craft their own beer. Isn’t it amazing?

Nowadays, more people are making craft brews and it has a huge influence on the city’s budding brewery district.

Beer is something to be enjoyed, however, many people don’t understand how important it is to keep safe while driving. So, leave your car at home, today, and visit the brewery district to enjoy some high-quality beer!