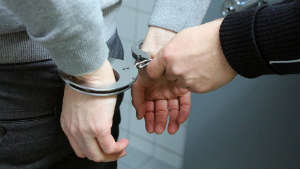 BAKERSFIELD, CA – Police nabbed another suspect who may be connected to a buried body found in a Bakersfield backyard. As a result, they arrested the man, thirty-year-old David Williams, Wednesday evening. Apparently, this occurred at a motel in the 3600 block of Wible Road. The charge? Suspicion of involuntary manslaughter, along with other offenses. And police connect this charge with the death of Joseph Lara.

Also, police already have two other suspects in custody for the case. There is twenty-five-year-old Dennis Marroquin, as well as twenty-two-year-old Kailee Morrison. All three are in custody in connect with the death. Lara was twenty-one years old at the time of his death. Due to this incident, all three now face charges of destruction of evidence, along with conspiracy.

According to court documents, Marroquin told the police that Lara died due to a drug overdose. He claims that he and another person then moved Lara’s body to the Hathaway Avenue residence, where Marroquin’s sibling allegedly was a resident. There, allegedly they burned and buried his body. Apparently, after finding a toe in the backyard on January 23, the residents contacted police.

At the motel where Williams was found, police also found and arrested two others. This included twenty-eight-year-old Sidney Moreno and twenty-three-year-old John Moreno. While police do not believe these two were involved in Lara’s death, they face other charges. These charges include drug possession with the intent of sales, in addition to conspiracy.

Anyone with any information is asked to contact the Bakersfield Police Department. This investigation is still ongoing.

Dispensaries Without License Subject To Raid